Call for Expressions of Interest

The Cajal International Neuroscience Centre (CINC) is a major strategic venture of the Spanish National Research Council (CSIC). It is established with the objective of becoming a world reference center for neuroscience research, contributing to people’s well-being through the acquisition of the most basic knowledge of the human brain.

CSIC is now launching an open call for Expressions of Interest (EoIs) for the recruitment of 20-30 research group leaders from junior to senior consolidated level. Talented researchers with the ambition to establish an internationally competitive research programme are invited to join the CINC. EoIs will be welcomed both from CSIC staff researchers, who will join the CINC with their own position, and researchers from outside the CSIC, with whom their position at the CINC will be negotiated on a case-by-case basis. Women and minorities are strongly encouraged to apply. The EoIs will be evaluated by the CINC Scientific Advisory Board, an international panel of outstanding neuroscientists. Successful candidates are expected to be appointed during the second half of 2022 and 2023. CINC offers the possibility to be part of this challenge and contribute to the creation of a competitive international environment, in which they can develop their ideas surrounded by the most up-to-date technological support. Successful applicants are expected to apply for (or come with) third party funding such as ERC grants. New group leaders will benefit also from a start-up package.

CINC research fields will be articulated through five core Scientific Axes that encompass basic aspects for understanding the brain, and which are developed in Challenge 5 (BRAIN, MIND & BEHAVIOUR) of the recent CSIC White Paper on Scientific Challenges 2030: 1- Brain development and maturation. 2- Brain physiology and plasticity. 3- Brain aging. 4- Systems and computational neuroscience. 5- Translational neuroscience.  Successful applicants are expected to further contribute to the definition of specific research programs.

CINC is based in a 28,000 m² building owned by CSIC and located on the campus of the University of Alcalá de Henares (UAH, about 40 km from Madrid). Other research centers and faculties, including the CSIC Institutes on Medical and Organic Chemistry, Faculties of Science, Pharmacy, and Medicine and Health Sciences are also on the same campus together to the UAH University Hospital. More than 50 million euros are being invested, from CSIC’s own funds, the European Regional Development Fund (ERDF) and the European Commission’s Recovery and Resilience Facility (RRF), to provide the CINC with state-of-the-art facilities and equipment for the development of scientific activity, through the Center for Interdisciplinary Investigations of Alcalá -CI2A-. A large animal facility to house animal models under suitable SPF conditions, and multiple rooms for behavioural studies in rodents are available. The imaging service includes confocal microscopy (both fixed and live cell), Light Sheet Microscopy, TIRF, two-photon and super-resolution microscopy, as well as in vivo imaging.  Other common facilities and services include cell and organotypic culture rooms, molecular biology, genomics and bioinformatics.

EoIs must be completed on the provided form and submitted to contact_cinc@csic.es before September 30th 2021. Strict confidentiality of applicants will be maintained. An answer will be provided by the end of October. 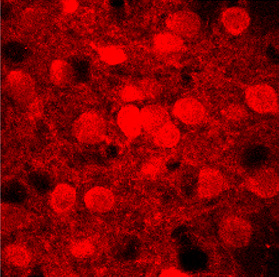 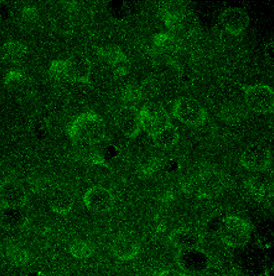 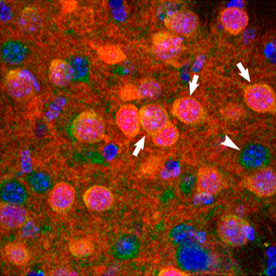